Capsicum seedlings transplantation is complete in almost all chilly growing states of India. The latest field reports suggest that area under cultivation is expected to increase by 20 – 25% during the new crop season.

Chilly stocks in cold storages is gradually decreasing due to good export demand, as per reports 50% of chilly stocks were traded till end September. Prices are expected to be steady in the medium term and the arrivals from MP crop in November can also impact the prices both ways

Recommendation’s: Prices are expected to remain at higher levels for the upcoming three months

Paprika seedlings are in its vegetative stages, flowering and fruiting have initiated in some of the areas where cultivation had started earlier.

Paprika harvesting in India is expected to start during end November. The new paprika crop in India is reported to be a similar crop than last year which includes all varieties of low pungent and high color varieties.

Recommendations: Paprika prices have shown a price increase and expected to be at higher levels as the carry forward stocks are lesser and the new crop yield will be clear by End December. So current market level prices are still at a higher level and expected to remain high for the next 3 months

Turmeric crop is reported to be a normal crop during next season since weather conditions have been favorable in all growing regions so far.

Recommendations: Price are stable to book for long term contracts

Ginger crop is in its vegetative stage in all the growing good since weather conditions have been favorable so far. Ginger production in India is expected to less next season as area under ginger cultivation have come down this year due to less remuneration for farmers during the last season.

Recommendations: - Ginger prices are expected to remain stable for the time being

Nutmeg production in India is short by 40% during this season. All other Origins have also reported short in production during the 2021 – 22 seasons. Prices are expected to increase in the coming months because of the off-season and festival demand.

Recommendations: Nutmeg/Mace prices are showcasing a steep price increase, so recommend to cover the material before further price hike.

Price for Indian coriander is firm at higher price level. We are seeing strong retail demand for coriander and are expecting prices to be firm till October 2021.

Monsoon rains in growing regions have been lower and coriander price has increased by 5% in the last one month.

Recommendations:- Coriander prices will have an upward trend till the next crop season in February. Hence cover your next three months with Agro-Mills 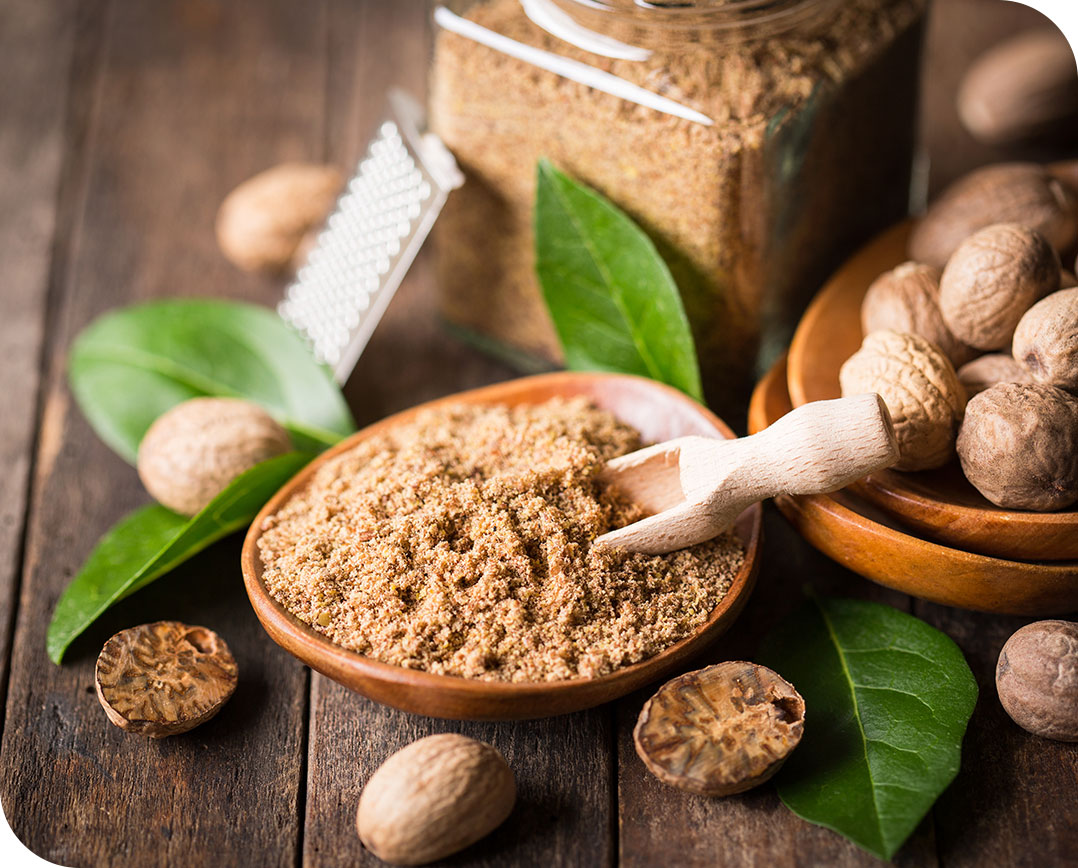 Black pepper and white pepper prices remained at higher levels in all Origins due to good export demand and less arrivals from new season crop especially from Sri Lanka and Indonesia. Vietnam contributed 45% of global pepper production while Brazil surpassed Indonesia to become second - largest pepper producer in the world. The Containers and liners availability constraints lead to surge of logistic prices resulting in pepper prices moving up significantly during September - October

The latest reports from growing regions in India indicate that the pepper crop is doing good due to favorable weather conditions. The Berry seeing is already complete in almost all the pepper vines. Pepper prices in India have shown a firm trend during September based on the global export demand and good domestic requirements.

Pepper harvesting is almost 50 – 60% complete in Indonesia amidst restrictions due to covid pandemic. Post- harvest operations in many regions were staggered due to labour shortage and logistic issues. The arrivals to the market were less even during the peak season. Light pepper availability was very much limited due to delayed harvesting and prices have increased considerably compared to last season. Indonesian White pepper prices remained at higher levels for both light and heavy pepper as well.

The latest reports suggest that Vietnam pepper crop is beer than last season crop against earlier lower estimates. The light berries availability is expected to be less this year since the price of heavy berries are going up and farmers would be inclined to wait and sell it as bold pepper. Which will impact the price of the Black Pepper Extracts.

Black Pepper arrivals to domestic markets were limited during September. Light pepper availability is almost nil as of now however, we can expect arrivals from Kandy season during November 2021. Prices are not expected to drop during medium and long run as there is good export and domestic needs.

Recommendations: Black Pepper/White Pepper prices will be on an increase mode till the next Vietnam season (Feb- March 2022). So, we recommend to take forward cover with Ago-Mills